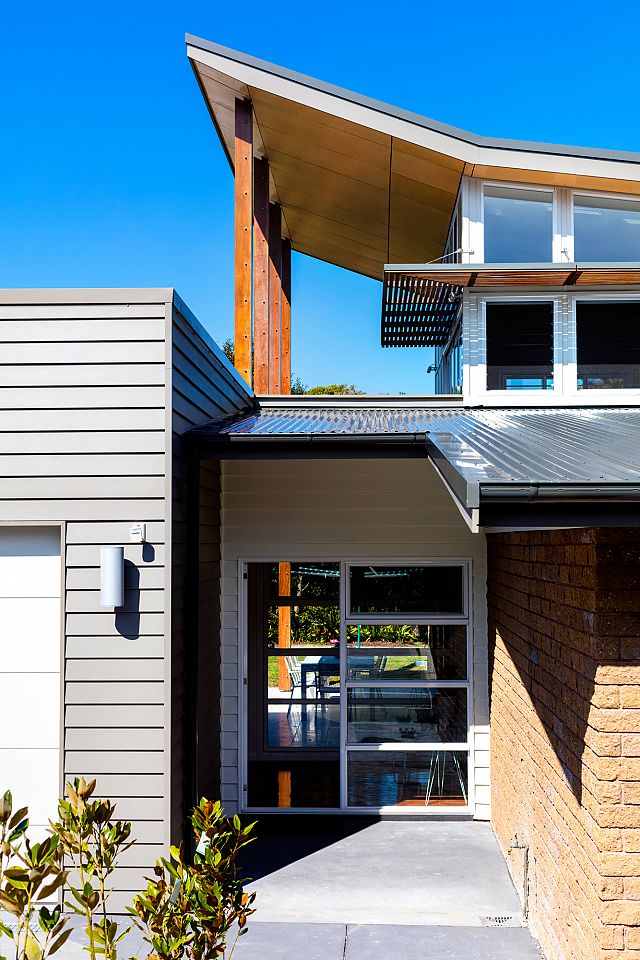 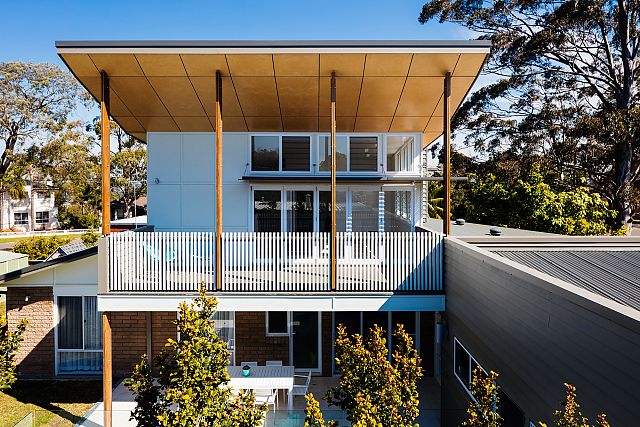 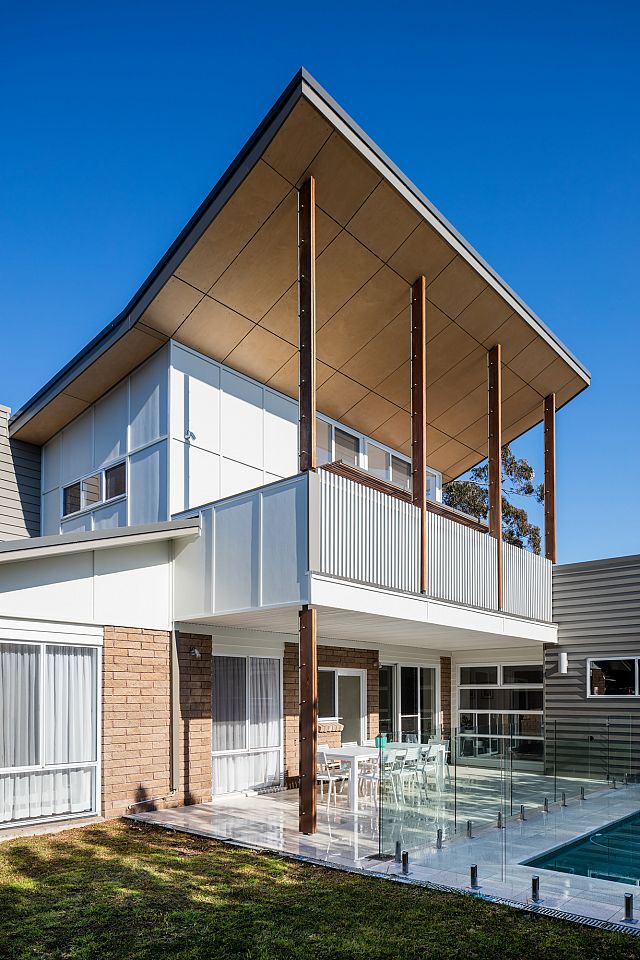 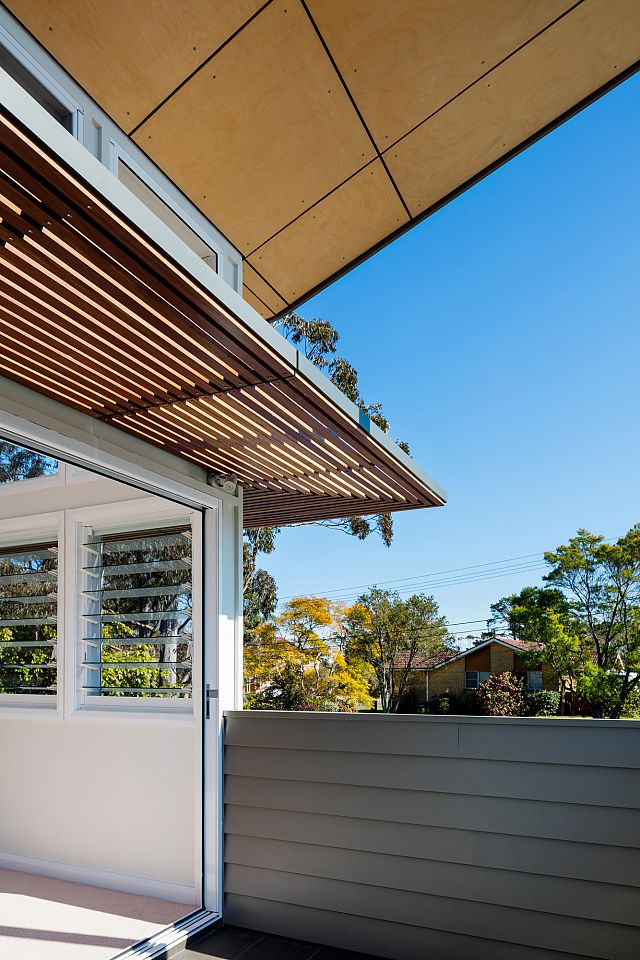 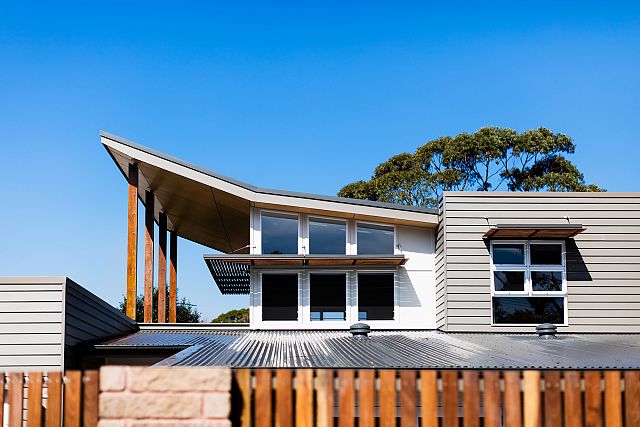 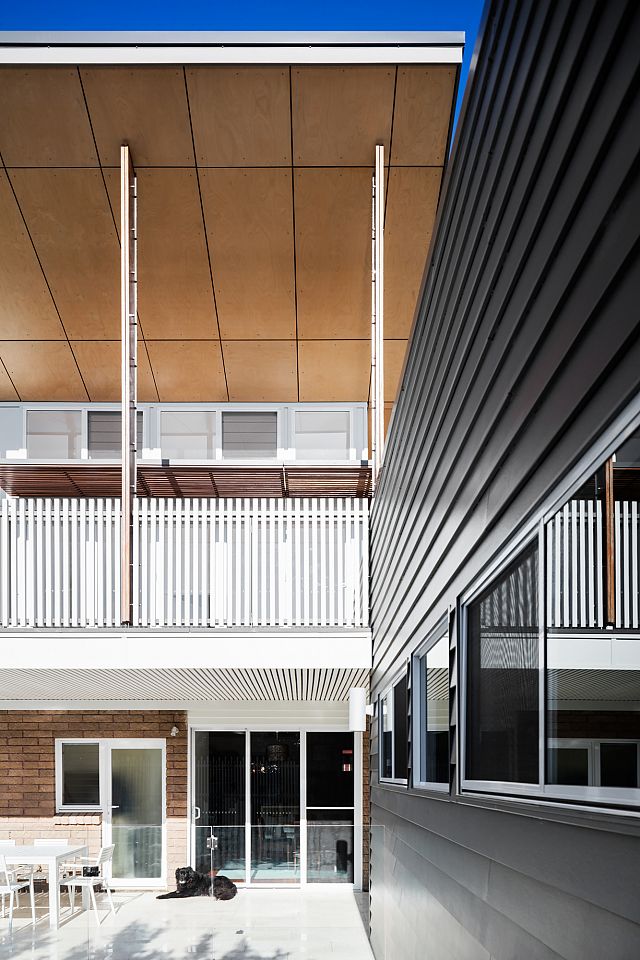 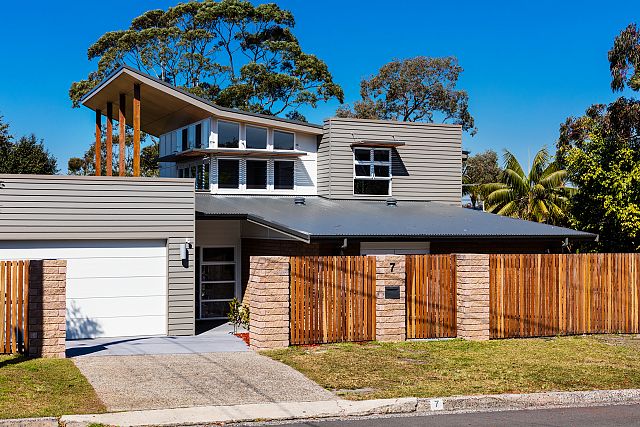 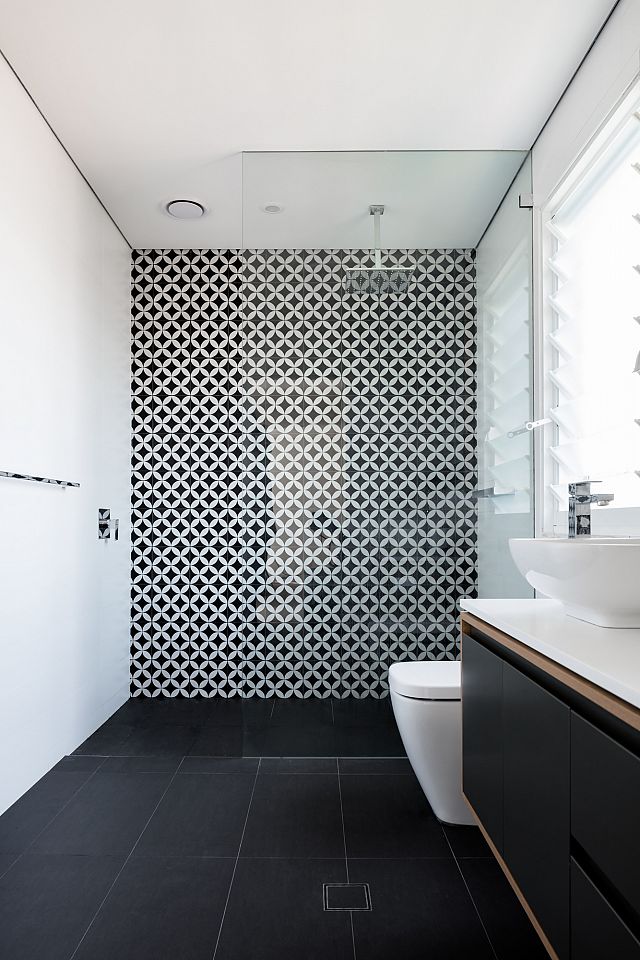 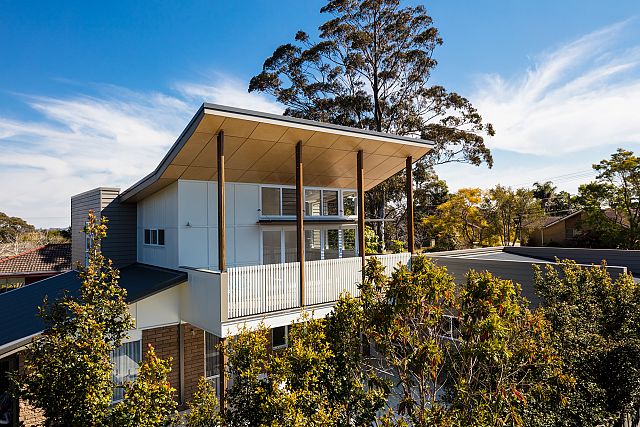 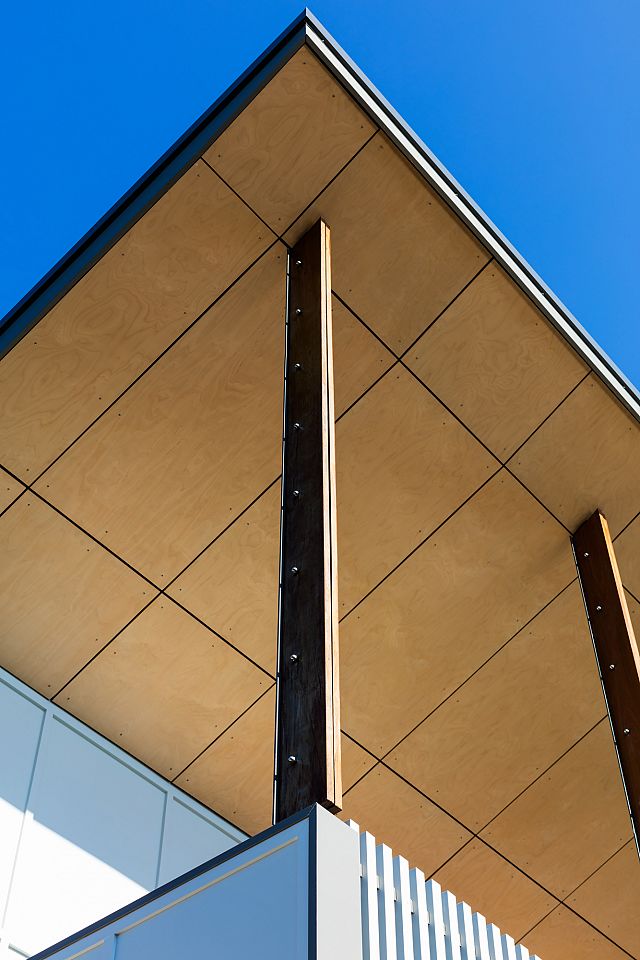 This project involved the conversion of a humble single storey ‘brick box’ into an open and light dwelling, taking full advantage of the north aspect and better connecting with the private outdoor areas of the site.

Our focus concentrated on shifting and improving the visibility of the entry to the home and capitalising on the aspect. This allowed for a comfortable massing of new forms using the original structure as the base. The upper level turns itself 90° to the existing building and opens itself up to the north.

The result is an articulated home that announces itself to the street with its strong forms, yet rests comfortably within the leafy context of Davidson through its material use and scale.